Petros Mouchtaris President, Vencore Labs Smart Cities, Improving People’s Lives or the Future Cyber Battleground?
Communities are moving towards the concept of smart cities where communications technologies in conjunction with intelligence being introduced in key infrastructures make the cities much more efficient while also improving people’s lives and reducing consumption of the earth’s resources. An industry expected to reach $400B by 2020 is enabling this concept by developing key enabling technologies. Smart energy efforts (including the smart grid) are creating the ability to react in real time to changes in the supply and demand of energy increasing both the efficiency and reliability of the grid. Intelligent transportation efforts are focusing on increasing the throughput of transportation systems and reducing accidents at the same time. The new intelligent technologies also have the goal of freeing up people’s time by getting humans out of the loop and allowing machines to communicate directly with each other and automate tasks that humans have to be involved in today.

Smart cities are being enabled by many ICT (information and communications technology) technologies including Internet of Things (IoT), Machine to Machine (M2M), cloud, and mesh networks. A key focus in many industry activities today is creating technologies that are open and can enable interoperability across a wide variety of devices. A similar approach was taken originally when designing the Internet (focusing primarily on an open interoperable architecture). As is evidenced by the security issues of the Internet today, if security is not a major focus during the early design of smart cities, it will be very difficult and expensive to address key security concerns later on when the technologies become more mature. Initial indications are that we are not moving in the right direction. The risks of cyber attacks are very significant in smart cities because such attacks are not limited to the information technologies (as in traditional cyber attacks) but they can also affect the physical world.

This keynote will leverage our leading edge research experiences at Vencore Labs (dba Applied Communications Research, formerly part of Telcordia Technologies), discuss some of the potential security risks of smart cities and potential approaches for mitigating those risks so that the benefits of smart cities can still be fully realized. Vencore Labs has been at the forefront of research efforts in these areas working very closely with government and commercial customers while closely interacting with the industry and research community.

Biography: Dr. Petros Mouchtaris has over 20 years of experience in research and development, both as a technologist and a senior manager. In his current role as President of Vencore Labs, he has played a key role in growing the organization and setting its strategic direction. In particular, he has led the entry into advanced security for wireless ad hoc networks; and served as principal investigator for various projects funded by two of the organization’s biggest customers, DARPA and CERDEC. In previous roles he has been AVP of Telcordia’s Network Systems Laboratory, Director of Oracle’s Product Development, and Technical Director at Pacific Bell (now AT&T). Dr. Mouchtaris has been published extensively in the areas of wireless networks, cyber security, voice-over-IP, and smart grid security; and is co-author of the book “Security for Wireless Ad Hoc Networks.” He was elected a Telcordia Fellow in 2011, and has been named by Billing and OSS World as one of the “25 Most Influential People in Telecom Software.” Dr. Mouchtaris holds a Bachelors degree in Electrical Engineering from the National Technical University of Athens, Greece, and both a Master of Science and Ph.D. degrees in Electrical Engineering from the California Institute of Technology. 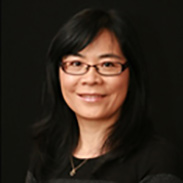 
Biography: Dr. Dr. Peiying Zhu is a Huawei Fellow. She is currently leading 5G wireless system research in Huawei. The focus of her research is advanced wireless access technologies with more than 150 granted patents. She has been regularly giving talks and panel discussions on 5G vision and enabling technologies. Prior to joining Huawei in 2009, Peiying was a Nortel Fellow and Director of Advanced Wireless Access Technology in the Nortel Wireless Technology Lab. She led the team and pioneered research and prototyping on MIMO-OFDM and Multi-hop relay. Many of these technologies developed by the team have been adopted into LTE standards and 4G products. Peiying Zhu received the Master of Science degree and Doctorate Degree from Southeast University and Concordia University in 1985 and 1993, respectively. 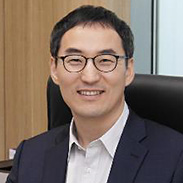 
5G: From Vision to Reality
With the ever-increasing demands on mobile data traffic and stronger requirements on latency and reliability of novel mobile services, it becomes more challenging to meet those diverse needs by sheer migration of the existing cellular technologies. Consequently, 3GPP set out 5G standardization to accommodate those needs with evolutionary technologies in April 2016. Samsung’s innovative and pioneering technologies are now being used in the most advanced 5G trials yet and are helping to lay the foundation of critical 5G standards. Through research partnerships spanning the industry value chain, Samsung and its partners are now demonstrating the viability of some of the first practical use cases, including fixed wireless access.
The industry is now in need of a productive ecosystem spanning the entire value chain that is capable of delivering on the promises of 5G. Samsung is actively working to make that a reality, in order to kick start tangible 5G applications.


Biography: Dr. Wonil Roh is currently a Vice President and Head of Communications Research Group at Samsung Electronics Corp in Korea. He is responsible for research and development of next generation mobile communications technologies. He started working at Samsung Electronics in 2003 in research and development of CDMA and Mobile WiMAX base-stations with the main focus on multi-antenna algorithms and system analysis. Then, he led overall WiMAX standard activities and strategy in Samsung including IEEE, the WiMAX Forum and ITU-R, and served as Chair of Technical Working Group (TWG) of the WiMAX Forum from 2006 to 2011. Since 2011, he has been leading research efforts for the next generation cellular (Beyond 4G or 5G) technologies with a focus on development of disruptive technologies and feasibility studies.  Dr. Roh holds a Doctorate in Electrical Engineering at Stanford University in USA. 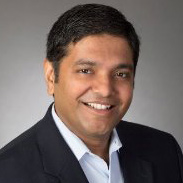 The Impact of New Spectrum on Design and Test


Since the dawn of the cellular age, spectrum policy has driven significant engineering discipline and investment to enable our connected mobility. Providing a fundamental underlying constraint on diplexer and multiple-access topologies in 1G, spectrum issues are driving new increasing complexity in 4G and 4.5G including now 50 LTE bands, large-scale carrier aggregation, and unlicensed access. Each new generation of mobile communications has either been driven by, or enabled by spectrum policy updates. Combined with the technology , these provide both increased opportunity for the industry to change the way people use their mobile systems and new challenges for designers and operators. It can be argued that the most significant updates in spectrum policy, those related to licensing spectrum above 6GHz for mobile communications and those associated with shared access spectrum, are now upon us. The opportunities are already manifest with investment in mmWave technology across multiple disciplines. But this is new territory for the majority of cellular radio designers, most of whom have little experience with electromagnetic wavelengths shorter than 5cm. Not only do we in the technical community have to address the opportunities and challenges with the physics associated with mmWave, we also have the additional constraints that will be associated with specific policy (bands, bandwidths, power requirements, SAR, etc.).  In addition, new techniques related to traditional radio and microwave frequencies will be required with emerging requirements associated with shared licensed spectrum. The impact on the design and test industry as we move these technologies from the niches to mainstream radio include the use of unprecedented semiconductor technology, new and smart antenna schemes, much much wider bandwidths, new interconnect technologies, active spectrum management, and cognitive radio. This talk will explore the impact on design and technology and some of the emerging challenges to commercializing a mobile multiple-access network in the context of the new frontier of spectrum.

Biography: Satish Dhanasekaran is General Manager of Mobile Broadband Operation in Keysight Technologies. Satish started in Agilent Technologies in 2006 as a Wireless Applications Engineer. Since then, he has held several leadership roles as Technical Architect, Business development manager for Keysight’s Wireless Business for the America’s Region.  In his current role, Satish manages technology development and marketing of test products to the wireless industry. Before joining Agilent in 2006 as a Wireless Applications Engineer, he worked at Motorola designing and leading development of RF sections for first-generation smart phone devices. Satish received his MS EE from Florida State University.